Full size SUVs aren’t the most exciting automotive interest; nobody gets weak in the knees looking at their curvaceous styling , going over performance numbers, or watching thrilling videos of them on YouTube. While the “luxury” SUV category is probably viewed with the most cynicism of any automotive category, perhaps they serve a purpose, especially after a few years of spectacular depreciation.

Most are familiar with both Ford and GM’s exercise to dress up their utility grade full size SUVs to make a few extra bucks. But what if today they offer a unique value? Is there more than meets the eye? For my family, the answer, at least in the case of the 2003-2004 Lincoln Navigator, was yes.

You have kids, maybe want to travel long distances with a family’s worth of stuff, maybe the dog, perhaps tow a camping trailer (or race car trailer?!)? In fact the above is exactly my family’s situation.. 2 children, a dog, camping trailer and our nearest relatives are several hundred miles away.

After reviewing all the options I could come up with and researching everything I could, we settled on a 2004 Navigator, which carried a sticker price of approximately $60,000 when new, but thanks to the wonders of depreciation, we picked one up with full service history and under 150,000 miles for $6,000 (including tax!).

I know what you’re thinking… Why not just buy an Expedition? Or a Tahoe, perhaps a Suburban?

Well first of all, the Navigator was about $10,000 more expensive than these new, and has some basic features the others don’t, and in the used market they are within about $1,000 of similar condition and mile “normal” SUVs. Heated and cooled seats? Real burl wood trim? HID headlights? DVD system for the kids? Yep, all included in this $6,000 package.

Simple enough then, It’s a slightly nicer package with a few more features at a minimal up-charge in the used market.

MORE THAN MEETS THE EYE

While the cosmetic and feature differences would probably justify the minor price premium on the used market today, where the Navigator really stands out is in the mechanical details.

Through 2004 the Navigator received a unique DOHC (dual overhead cam), 32 valve 5.4 litre engine. This engine was the starting place for the unit in the legendary Mustang Cobra-R.. not bad company. The DOHC 5.4 generates a bit more hp than GM’s 5.3, and similar torque to GM’s 6.0 as found in the Denali and Escalade models. Ford’s Expedition got the SOHC 24V engine which was fraught with a variety of problems not shared with the DOHC version.

Next up, we have the Navigator’s 4R100 transmission.. the same transmission found in similar era Super Dutys and Excursions. The Expedition go the 4R70, and GM’s half-ton offerings got the 4L60.

The Navigator’s 4×4 system is also something special. GM’s “luxury” options got you full time AWD, with no low range, while their other options got you a standard 2-speed 4×4 system with open front differential, limited slip rear.

Lincoln offers you the best of both. You get 4 modes like the “standard” GM offerings , however the Navigator has “Advancetrac” which manages wheel slip via the brakes (same as GM’s luxury offering, some Range Rovers and more) . In 4 auto, you get a normal torque split 100% to the rear, but this is continually managed to deliver power to whatever wheel has grip, and is theoretically capable of routing all power to one wheel. 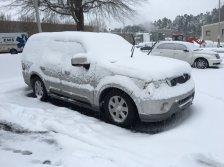 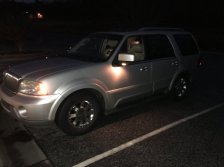 But you also get a standard 2 high for normal driving, so you’re not putting undue wear on the front differential and hubs. Finally you get a standard 4 high and 4 low, again not offered on GM’s luxury offerings, and because of Advancetrac you get the benefit of “limited slip” on the front axle which GM’s standard offerings lack.

On top of this, the factory tire diameter is over 32”, larger in fact, than similar era Super-Duty and Excursion offerings. A solid tire choice along with the advanced 4×4 system offers surprising capability for a 6,000lb luxury barge.

Finally, The oft-maligned air suspension. Sure, the parts here are a bit more expensive than normal springs and shocks.. but no worse than GM’s “AutoRide”. This system varies ride height based on demands. Low for parking, normal, lowered highway height, and a higher mode when 4-low is selected. When working properly and maintained, it really is a quite nice system. 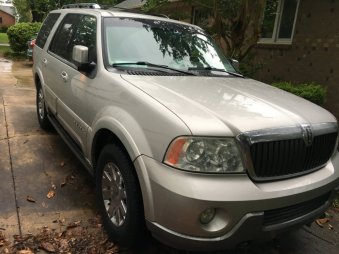 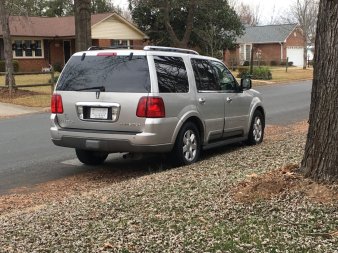 So here you have a reliable, affordable luxury liner that can tow 8,000lb, is built like a tank, and capable of getting you places no 6,000lb full size luxury vehicle should go. A great way to tastefully tow the race car (and bring the family!) to the track, or get the travel trailer to those scenic places seen in the advertisements. 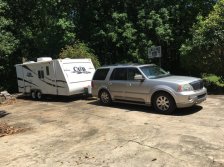 One thought on “Utilitarian Luxuries”