In November we said “goodbye” to the first Alpha Gearhead racecars. It was a painful separation, but only a temporary setback as we started the search for the next adventure. Vintage Racing!

We started looking almost immediately, and initially found a promising 1971 MGB. It was a very nice car, well built and ready to go, but the seller decided he didn’t really want to sell it after all.

A variety of other options came and went but nothing stuck. We started to ponder a “project” to rebuild but still the right car hadn’t presented itself.

Gearheads look at things a little differently. Starting to drive in the early 1960s, most people may have been perfectly content to borrow their parents station wagon for the occasional evening out.  Even though my grandfather (mom’s dad) always referred to station wagons as “real sports cars”, gearheads tend to have different priorities, and on Veteran’s Day 1964 dad drove home a black with red interior 1960 MGA; much to my grandfather’s relief!

March 20, 2018, a lightly sent e-mail with a link to an MGA race car on Ebay comes home when OG (original gearhead) Bryce Shriver get’s an e-mail that the reserve has been lowered and the car will sell to the highest bid.  A flurry of e-mails and text messages travel between dad in Aruba, Bryan in Tennessee, Dave in New Jersey and me in North Carolina to settle on a max price and confirm it’s a go.

Collectively watching the minutes, and then seconds, count down until finally “I think we have an MGA”.

A few minutes later, it’s confirmed.  We won!  Now, the fun of transferring funds, arranging shipping, and figuring out paperwork begins.  Thankfully the seller is patient, as the shipping company uses every day of their six week contractual window to get the car delivered but finally it arrives!

Unfortunately this car came with few details. Log books to 1994, and some pictures from the same time.  Everything about the car appears to be to a high standard, if needing some TLC.  Its last track outing was in 2012, and its tires and safety belts share that date.  It starts easily and runs well.

We certainly have some work ahead of us, but we will be back on the track soon!  Watch for more updates! 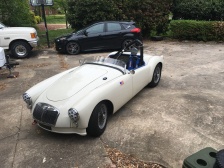 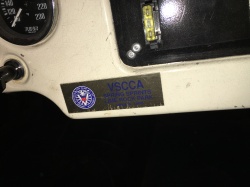 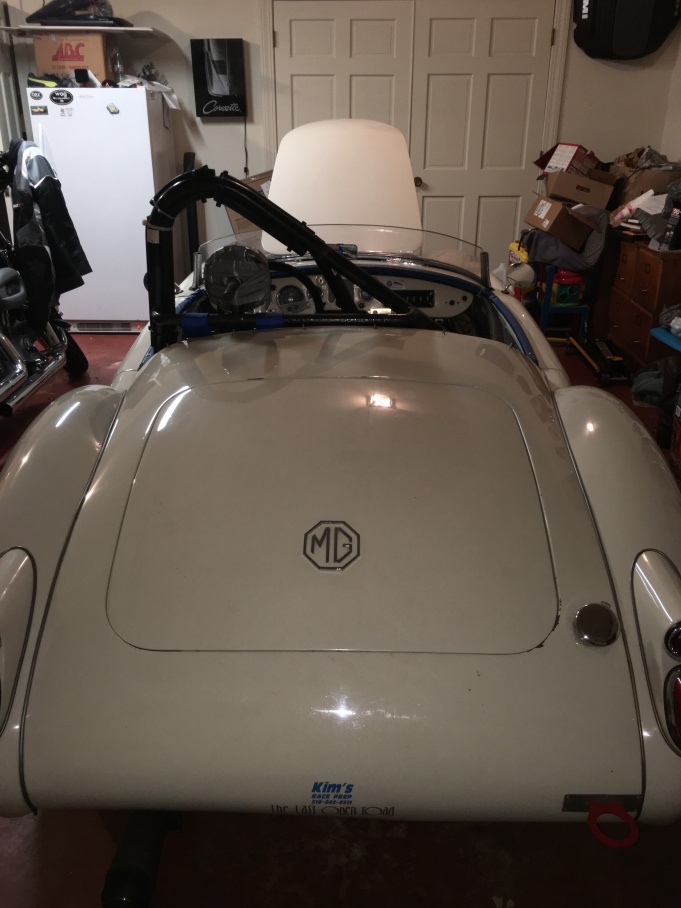