The name of a car is something that sticks with you. Some cars are named after exotic locations, or famous race tracks, dreamed up by marketing gurus after countless hours study.

Yet, manufacturers are hardly consistent with naming conventions, which can leave enthusiasts confused, and the general customer base mystified.

Aston Martin has been with us for over 100 years, associated with royalty and secret agents. Aston exemplifies style, speed, and luxury. However, like most brands, Aston seems to lose the plot for model names every few years.

Aston’s earliest cars often carried names related to a race track or activity, along with engine displacement and/or seating capacity. There was very little consistency, with names ranging from ”International LeMans” to ”15/98 2 Litre 2 Door Tourer” 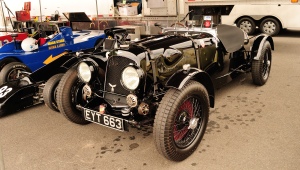 In 1947 a wealthy man with approximately the most boring name ever decided to buy Aston Martin whilst perusing classifieds in a newspaper (an antique version of Craigslist). With typical English understatement and humility, he attached his name and initials to a generation of Astons.

David Brown kicked off with the 2 litre Sports, retroactively named the DB1 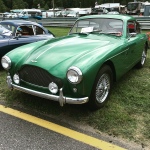 not to be confused with the completely different DB3.

Aston finally follows a logic starting with the DB4 (not to be confused with 2/4, and lacking the /4 designation despite being 2+2), 5 and 6.

In the late 1960s numbers apparently got boring and the letter S was super cool so we got the DBS.

Shortly thereafter someone decided that all the letters were confusing and it would be better to name the car after its engine configuration. 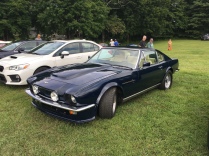 Up to this point the term Vantage is sometimes used to denote a slightly hotter version of a model. With DB2, 4, 5, and 6 all offering a Vantage variant.

For no apparent reason Aston offers a ”Vantage” as a standalone model name, but it’s the lowest powered model. Oddly the ”entry level” car barely sells, only 70 copies in all.

During this time they decided to release a very ambitious 4 door that also had a V8 but named it after an entirely different car manufacturer, or perhaps named it directly for the corporate parent.

Numbers become cool again and the DB7 appears, David Brown’s initials revived to save the company from extinction, or so the story goes.

The Vantage is again used to denote a hot DB7, Except instead of minor upgrades it features an all new engine, revised suspension, exterior and interior, and somehow fully replaces the DB7, instead of being a desirable option package. 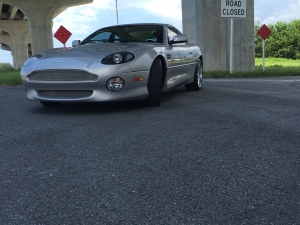 The (maybe/maybe not Virage) Vantage is too old and expensive so it’s replaced by the Vanquish.

When it’s time to introduce the Vanquish Vantage Aston remembers the letter S is really cool so they call it the Vanquish S. 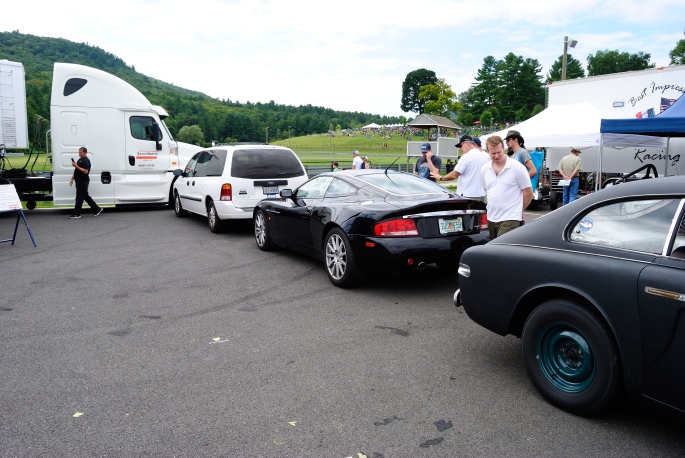 Aston decides it’s time to replace the DB7, but decides even numbers are boring so they go straight to the DB9.

Aston remembers they used to call things Vantage but can’t quite remember what it means, so they use it to denote a new ”entry level” car with a V8 that should under no circumstances be confused with the various other V8 Vantages from the past.

The Vanquish is obsolete so Aston introduces a DB9GT to replace it, but naturally call it the DBS.

Somewhere along the way, they decide that V12s are entry level too and

introduce the V12 Vantage, not to be confused with the DB7 Vantage V12.

Another DB9 called the Virage is introduced, but is quickly superseded by the ”new” DB9, while the DBS gets replaced by the Vanquish.

Somewhere along the way they make a DB9GT which is purportedly the most potent DB9 ever, but is no faster than the 12 year older, 100 fewer hp DB7GT

They reintroduce a 4 door, logically named after a 4 door car previously made by the

company their last 4 door was named after.

They make a DB10 as a movie prop, then skip straight to DB11.

And there you have it

Now you’re well prepared to speak intelligently about nearly any era of Aston!

All pictures by Brandon Shriver